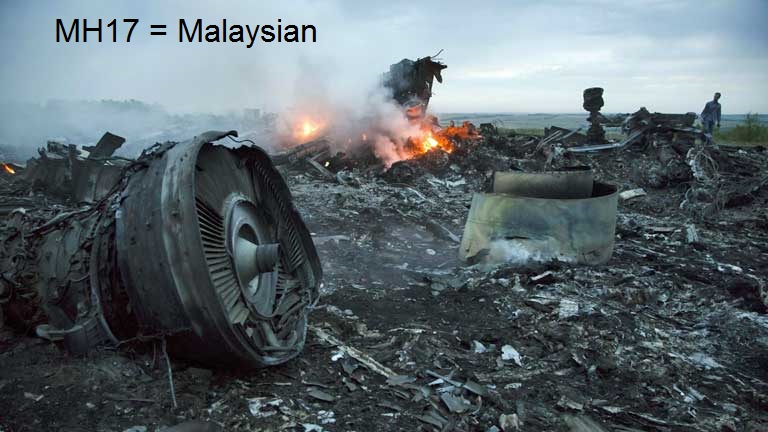 On July 17, 2014 the military conflict in Ukraine caused international casualties. Malaysian Airlines Boeing 777-200 flight MH17 en route from Amsterdam to Kuala-Lumpur disappeared from radar right above the conflict area and crashed near Grabovo, a village about 60 km to the east of Donetsk. All 283 passengers and 15 crew members died. Who did it?

Propaganda depends on framing the issue first. No one reads corrections once a false story is disseminated.

US Secretary of State John Kerry said there is overwhelming evidence of Russian complicity, but president Obama reduced this statement quickly to Russia ‘created the conditions’ for the shoot-down. Why?

Reconstruction of significant military events leading to the shoot-down.

-June 2-
An SU-25 fighter jet of the Ukrainian Air Force fires cluster ammunitions at a civilian target in the city center of Lugansk. The opposition forces, the rebels, do not have that strategic capability. Watch this six minute video (+18) to understand the devastating effects of the air weapon.

-June 14-
Rebels do not have an Air Force, but they do have manpads (shoulder fired missiles) that can knock out helicopters and planes out of the sky with typical maximum altitude of about 3.5 km (11,000 ft). A huge cargo plane Ilyushin-76 carrying troops and equipment approaching Lugansk airport was shot down and all 49 people on board died.
Ukraine’s President Petro Poroshenko vowed to retaliate. “Ukraine needs peace. However, the terrorists will receive an adequate response.” What kind of adequate response he had in mind exactly?

-June 18-
Elena Kolenkina, a rebel fighter from Slavyansk, made this remarkable statement. Note, this was one month before MH17 perished.

-July 5-
Rebels under intense pressure as the Ukrainian army captures the city of Slavyansk. Elena and other fighters flee to the South.

-July 14-
Government forces still in the winning mood report “five powerful air strikes” on targets in the eastern Lugansk region in a bid to end a rebel blockade of a strategic airport there. But that same day the rebels shoot down another plane. This time an Antonov AN-26. Ukrainian officials report:

“An-26 plane was hit at an altitude of 6,500m (21,325ft). The plane was targeted with “a more powerful missile” than a shoulder-carried missile, “probably fired” from Russia. The crew survived.”

The significance of this event and the way it is reported by Ukrainian authorities cannot be overestimated. Any missile system capable of hitting targets at 6,500m are also capable of hitting regular flight levels of passenger airliners between 10 and 11,000m.
Ukraine itself is in possession of air defense systems such as S-200 (SA-5 GAMMON), S-300PT (SA-10A GRUMBLE), S-300PS (SA-10B GRUMBLE), S-300V1 (SA-12A GLADIATOR), and Buk (SA-11 GADFLY) SAM systems.
These systems are capable hitting 6,500m altitudes AND all have an operational ceiling far above 11,000m. Ukrainian authorities know this all too well. Check out what happened in 2001 to Siberian Air 1812 in this animation.
Another reason for shutting down civil aviation was of course the rebels bragging on social media about having captured Buk-M1 system(s) at Ukrainian military bases.

Despite the obvious necessity to close down the entire airspace above the Donbass area for all civilian aviation, Ukraine only issued a Notam (NOtice To AirMen) closing airspace FL260 – FL320 thus leaving civilian aviation untouched.

Three reasons for this indefensible decision:

2) Geopolitical considerations. Closing the airspace above Donbass would confirm that Ukraine has lost control over the area as happened before in Crimea.

3) Strategic considerations. By shutting down civilian aviation the rebels know that anything in the sky is of military nature and thus free game. Kiev did not want to give this advantage to the rebels.

A regime that has no problems firing ballistic missiles and cluster ammunitions at its own population could well have a fourth reason for not acting responsibly. More about this later.

-July 15-
SU-25 Fighter jets of the Ukrainian Air Force bomb a civilian area in the town of Snizhne in rebel territory. The devastation is tremendous, yet a little boy is rescued from under the rubble. (18+ video)

The continuous shelling of civilian areas causes outrage among the population in rebel controlled territory. What military options the rebels have? And,

What is Russia’s role in the military conflict in Ukraine?

From the very beginning of this conflict Russia has denied supplying any weapons to rebel forces. The credibility of this claim is questionable to put it mildly. In armed conflicts it is not unusual to use the strategy of ‘plausible deniability’. Russians proudly call themselves masters of this deception strategy. To understand how plausible deniability works in this conflict it is useful to read about the Russian terms maskirovka and voentorg. For comparison purposes the Americans do something quite similar openly in Syria and call it ‘arming the moderate opposition’. 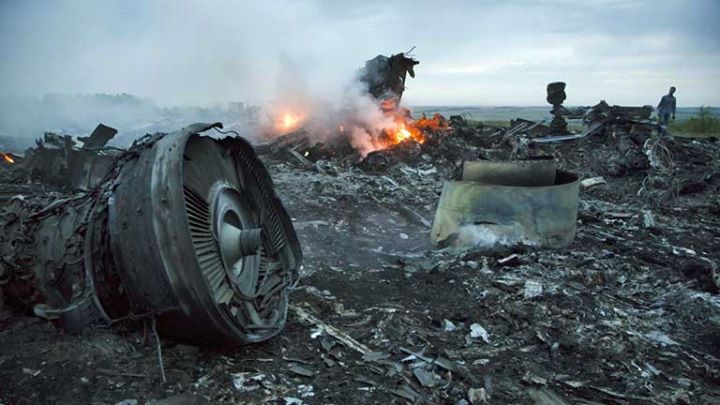 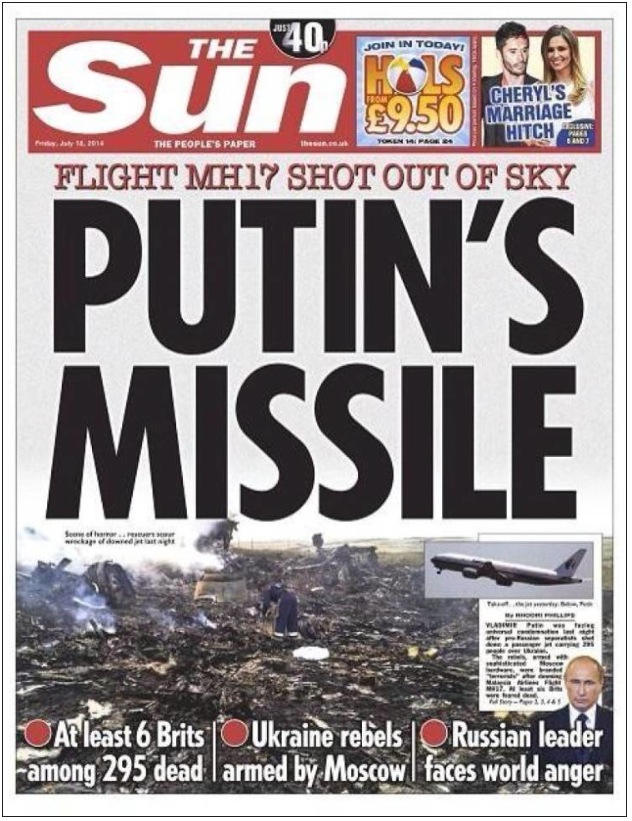 It can be argued the question is irrelevant. For example: I benefit from the rain, but I didn’t cause it. However, it is extremely obvious that the shoot down of MH17 is a complete disaster for Russia and the Ukrainian rebels.
Head of Ukraine’s secret service Valentyn Nalyvaichenko presented ‘proof’ the downing of MH17 is a failed ‘False Flag‘ operation. The rebels, he claims, intended to shoot down flight Aeroflot A320 bound for Cyprus. Downing this airliner would provide Russia the pretext for an all out invasion. Throughout history false flags operations have been an important method of warfare.

Speculations of all kinds about possible alternative scenario’s and motives are flooding the news bulletins, newspapers and social media. Status today, November 30 2014, some prevalent theories:

1) MH17 was destroyed from the air by Ukrainian fighter jets. This scenario is mostly put forward by Russian sources. Not proven untrue at all, but Russia’s Channel One presentation of ‘proof’ was quickly and rather harshly dismissed by many. If one day irrefutable evidence is presented by any party, then surely the downing of MH17 will not go into history as a perfect crime, because in this case only Ukraine could have committed this act.

2) MH17 was destroyed by a ground-to-air-missile fired by accident by Ukrainian, not rebel forces. Robert Parry put forward this scenario. If true, would Ukraine and its allies openly admit this major screw-up or would they try to frame the enemy?

3) MH17 was destroyed by a ground-to-air-missile fired by rebels intending to hit a military target and without Russian help. This scenario has been presented in a leaked ‘plausibility assessment’ by the German secret service BND. Buk-M1 was provided by Russia is another assessment put forward by Bellingcat research.

4) MH17 was destroyed by a ground-to-air-missile fired by Russian troops intending to hit a military target.

“The supreme art of war is to subdue the enemy without fighting.”
― Sun Tzu, The Art of War

Since Nalyvaichenko brought up the false flag concept, let’s take a closer look at this option. Scenario’s with similarities to events as described 2), 3) and 4) include the possibilities that not the rebels, but the Ukrainian government carefully crafted a trap for its enemies.

– use civilian airliners as human shields
– not close its airspace even after danger for civilian aviation was imminent
– knew rebel forces claimed to have Buk-M1
– claims itself prior to MH17 one of its planes was shot down at an altitude out of reach for manpads.
– have the motive to organise a false flag and smear Russia and the rebels

Based on damage already done to the opponents, it can be concluded that if a false flag was executed by Ukraine (possibly with help of its allies) it already paid off. For a perfect crime however that is not enough. Any possible evidence must be kept out of the hands of people not willing to be complicit in this crime scheme. A few things that work with a little help from friends: 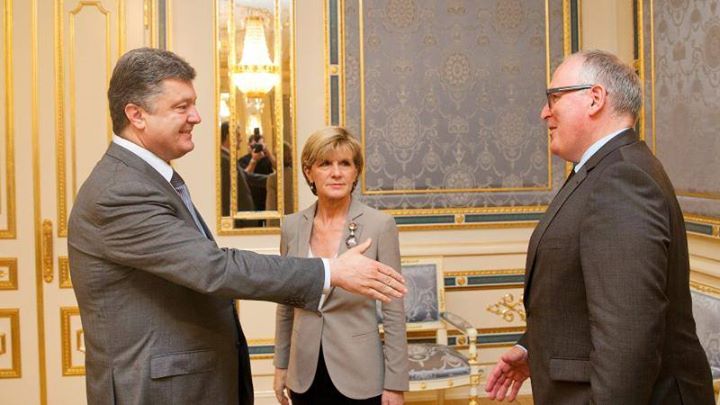 Also helpful is to let a country handle the PR-machine that itself successfully kept the murder of more than hundred thousand people away from any international scrutiny and never conducted a serious investigation of its own war crimes. 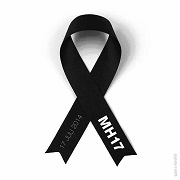 The perfect crime? Too early to tell.