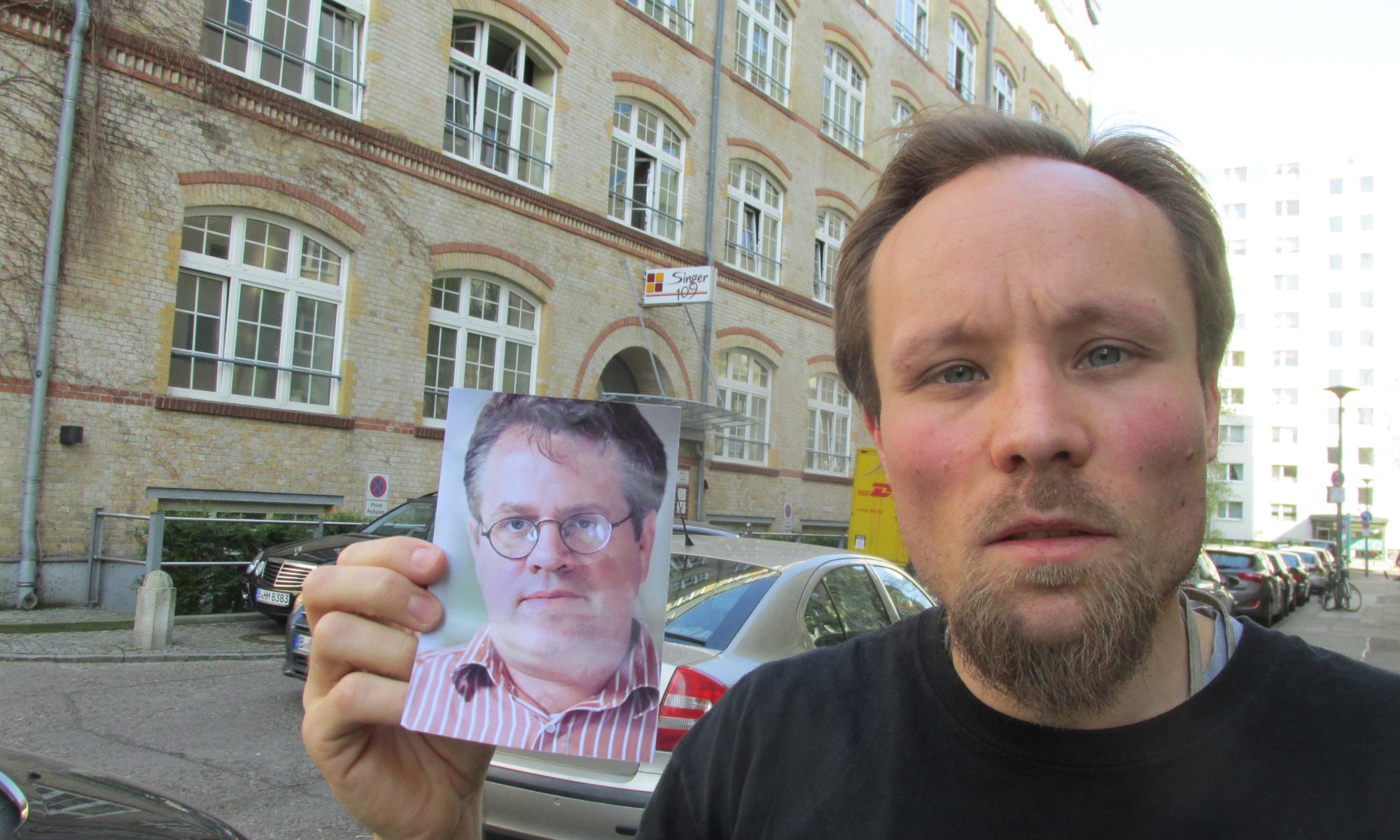 Civil journalists, bloggers, hobby investigators -whatever you call them- have become a relevant factor in the unprecedented information war raging around the shootdown of flight Malaysia MH17.

In fact so relevant that members of the established media are openly challenged to back up their claims with facts and not just repeat their old mantra: “trust us we are the information professionals. We filter all relevant information for you and present it in a fair and balanced way”.

You can click both Billy and Bensmann’s names to conduct your own Google search:

Billy: “I met Eliot 12th and 13th of July … I was grateful that he found some time for a deeper conversation although he has been very busy. He is a nice person.” (Video interview Billy – Eliot here) 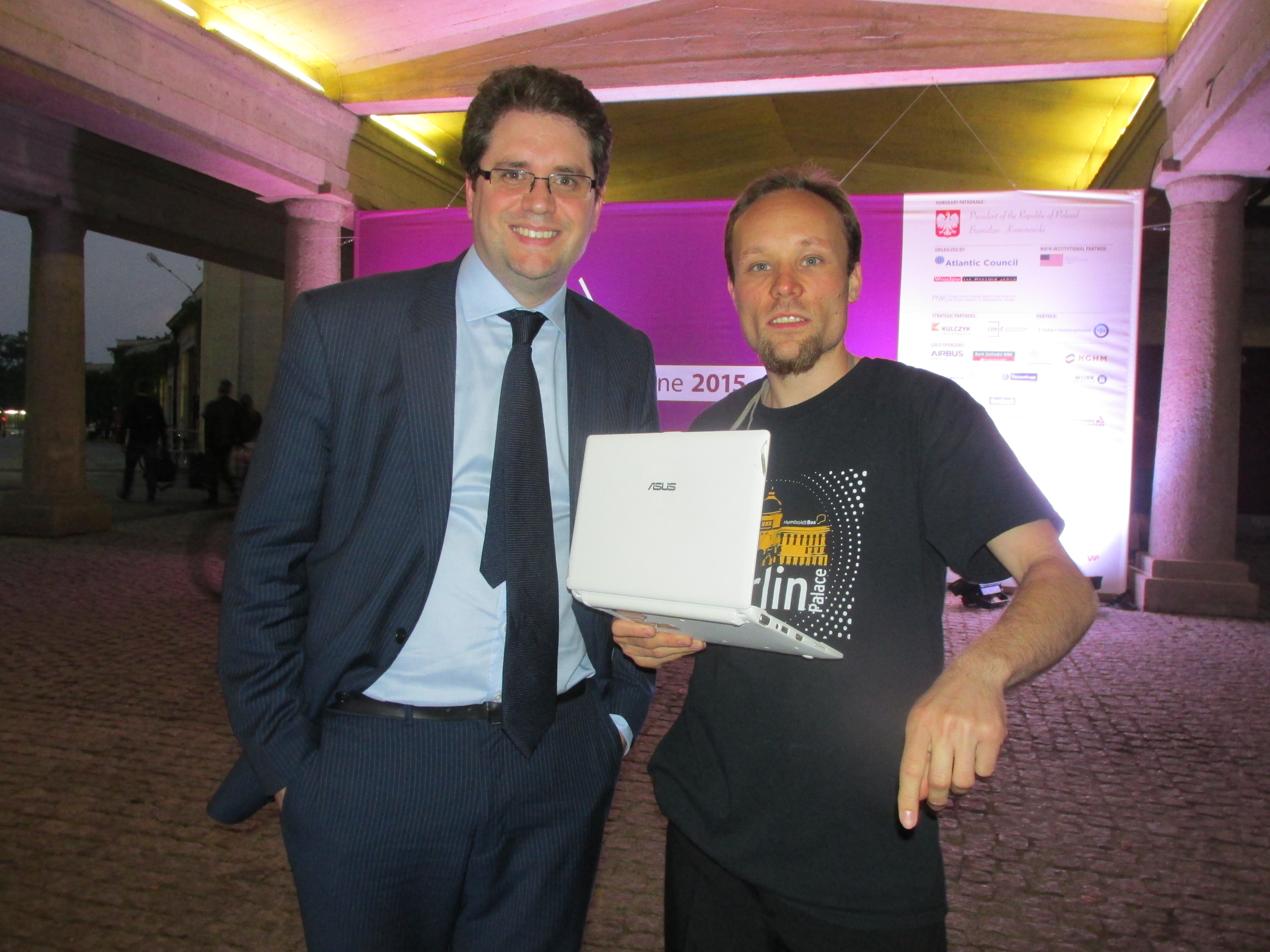 Before presenting Billy’s evidence some remarks made by other investigators:

1) MH17 investigator Marcel van den Berg, admin of WhathappenedtoflightMH17.com has this to say:

– This location is very unlikely for various reasons.
– Only Correcti!v reported this site. Correct!v is not known for being a specialist.
– They report that a BUK missile is located in a container. This is simply incorrect.

– Max van der Werff discovered a photo taken minutes after the crash. It was taken from the north of Snizhne. It does not show a BUK missile plume.

2) Indeed I published a photo as part of a detailed report calculating and explaining the impossibility of a launch at the location CORRECT!V claims:

Since May 22nd I have asked CORRECT!V and Bellingcat many times such as here, here, here & here to explain what is wrong with my analysis and why they have two different launch sites. Both investigative research groups never replied.

3) Bellingcat’s Nr2 Aric Toler agreed with me on Twitter:

@MaxvanderWerff @correctiv_org They did a good job, but had two incorrect points: method of launch missile, and launch location.

That is remarkable, because as I said before both Correct!v and Bellingcat had been asked by me for four month’s to explain why they have different launch sites. None of them ever replied until Toler’s revelation.

*BLOCKED* by @correctiv_org is this the tweet that caused it? https://t.co/dYqFYdPXHP #MH17 #RUSSIA #UKRAINE pic.twitter.com/at3RSiaonU

Billy the Kid visits Pushkinsky and its inhabitants 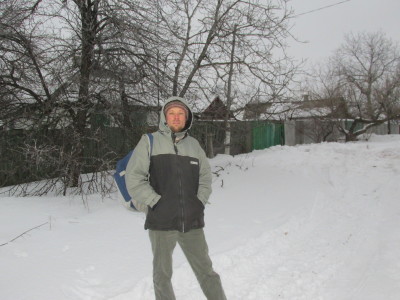 Transcript – “Pushkinsky…..this is the place where Marcus Bensmann investigated. Snizhne (pointing with finger) over there….here’s the factory terrain….over there in the distance you can see the railway and Pushkinsky, the little village he described. In his investigation Bensmann concludes that on this field the Buk missile was launched. We’ll talk to some people to find out.”

Transcript.
– We are here in Pushkinsky, yes?
yes, Pushkinsky.
– What’s the name of this village?
Pushkinsky. It has the name Pushkinsky.
– Okay, and this man who is living in this village was here July 17th when the Boeing crashed. what did you see?
I saw a big explosion. First I heard a big explosion, then I went to the railroad and saw huge black smoke on that side what about a sky?
– How was the sky?
The sky was clear and the weather fine!
– What else? Did you see something strange maybe ?
Hmm..There were one or two planes thats strange. There were two different sounds as a minimum… what else…a trail from rocket i didn’t see in this region neither from any side.
-This man says (photo), Marcus Bensmann a journalist from Germany, that a Buk missile was fired from this field. Did you see a trail in the sky in this day?
No, I did not see any trail from any side.
– And you also told me that you heard the sound of two planes in the sky. Could you please describe this?
Hmm.. the first sound was exactly from a passenger plane because there is an air corridor over here. they were flying here all the time. The second voice was different, anyway it was not so loud but it was a plane too.
– How many explosions do you hear?
As a minimum there was one loud explosion. Maybe there was another one not so loud.

– So… i found a student who lives in Pushkinskiy. Yes?
Yes. Pushkinsky.
– You were here in 17th of July, what did you see?
– Uhhm… my friends and I day were here and we heard two explosions. Before that there was the sound of planes. One was like a jet plane and second one was like passenger plane. They are often flying here … so we heard it. And after that we heard two explosions. The first one was not so loud but second one was like windows trembled in the houses. Next we turned around. The sky was clear. Notrais. Nothing was there but the smoke from Hrabovo. That’s all.
– Did you see a missile trail in the sky?
No.
– You didn’t see?
Nothing was there.
– But you looked around?
Yes we looked around everywhere, but not one trail… nowhere…
– How was the weather at this day?
It was more or less sunny…of course some clouds but not so much. One moment the sun was shining and the another moment the clouds were there.
– You told me that you heard the sound of two planes, could you describe it?
One sound was like a jet! I watched it in films… like jets… I heard. And of course a lot of them were flying here before. And we became used to these sounds we heard before. So, the first one was like a jet aircraft – hard, fast noise and the second one sounded more quiet. After that – explosions!
-How many explosions? The first one was weak but the second strong and all windows were trembling.
– Thanks a lot!
Welcome

– Before the existence of Internet and social media it was possible as a professional journalist to get away with almost any claim because they were almost impossible to verify. Those days are gone forever.

– All evidence taken into consideration it is reasonable to assume Bensmann completely fabricated the anonymous witness testimonies he claims to have collected.

– If Grimme Award is meant to be decorating excellent investigative journalism the jury should reconsider its 2015 online award.

– Algemeen Dagblad & Spiegel worked together with Bensmann and published their similar stories based on Bensmann’s claims. Let’s see if Spiegel really learned anything and AD.nl might start learning.

Billy versus Bensmann – Visualised in this 48 sec video clip

I asked Billy Six to comment on my article. He wrote:

“When I´ve heard about CORRECTIV for the first time, I was happy. Happy, because I thought there will be a new version of journalism – with critical look, but big heart for the truth and interests of the little guy on Main Street. At the beginning it was convincing to me seeing Marcus Bensmann traveling in the field and speaking with witnesses. But when I went there myself I spoke with 14 witnesses, two of them knew Bensmann. Nobody confirmed his story. When I read the Bensmann story once more, I discovered his clever way of playing with words. In the clear: There is only one “witness” in his story who claims to have seen a BUK launching. This person is anonymous, his statement spoken by an actor. I asked Bensmann personally to listen to the “original audio”, but he refused. Before I wrote e-mails to CORRECTIV and called the secretary. There were not interested in my results at all. After three months CORRECTIV chief David Schraven answered it is “a joke” to believe CORRECTIV had made a mistake. Bensmann said all argumentation against the BUK theory is “crap” due to “mathematical reasons” which he was unable to explain. My conclusion: CORRECTIV doesn´t want to work with ordinary people if they don´t have information which fit with the business concept. They are also not completely transparent with their finances, even though they´re claiming the opposite. Indeed we know about major contributors … but they argue to receive a lot of support from Main Street. But they also didn´t answer on my request about how much of microdonation below 1,000 Euros was taken in reality. What about their slogan “researches for the society”? The next shock was to communicate with Harry Horlings, former flight test engineer from the Netherlands. Bensmann uses him as major informant. But Horlings told me that they´ve never spoken with each other and some of Bensmanns´ claims are untrue. Namely: A fighter jet would have been able to turn within a radius of 40 km´s (to the Russian border) easily, even 2 km´s could have been enough. Further Horlings didn´t say it must have been a BUK … he delivered facts for both versions, saying “if MH17 was attacked by a fighter jet, this jet should have come from the front, using a radar guided missile.” This possibility I got confirmed in personal interviews with nine former fighter jet pilots from East Germany. Horlings pro-BUK facts are necessarily based on media coverage: Heavy explosion, only one of it. As to me indication for the BUK is that it´s possible to shoot airliners at an altitude of 10 km´s and that there have been launching vehicles on both sides. From November 2014 till February 2015 I´ve spoken with witnesses on-site. But I didn´t meet anyone who said he had seen a BUK launch – but many of them saw one or two fighter jets. Many witnesses also spoke about two or three explosions in the sky. As colonel Bernd Biedermann, former missile military of East German army … one of few who is ready to appear in public … explained to me in several personal meetings there must have been an explosion hearable in a radius of ten km´s if BUK has been used … and a vapour trail visible for eight to ten minutes. The area is well populated. But nobody who I met has seen it. Visiting the crash side it was eye-opening to me to see that the plane had been divided into two pieces – the cockpit which crashed in Rossypnaya and the rest which has sailed down near Hrabowe. Yes, some pieces besides due to explosion … and others falling outside, finally it was an “open can”. My point is: A limited area was targeted, strong mechanical destruction followed, but only around cockpit. Due to Biedermann the picture of BUK hit is different: Some thousands of perforated splinters would have been distributed between 15 and 45 metres ahead of the target, spreading the similar pieces in normal distribution all over the plane – normally from above, arriving from one direction. Cause for the crash would have been inflammation due to high kinetic energy, but the fire just started on the ground, confirmed by video and witnesses. I will come up with my final story soon, responding to the scheduled Dutch Safety Board report … including some new details.”