Three weeks ago, a group of anonymous engineers sent a report to the Russian opposition paper Novaya Gazeta. The newpaper published the findings of these engineers in the article “It was Buk-M1”.

This publication drew a lot of attention in Western media and it was interpreted as: finally the Russians admit it was a Buk after all. Some “Russia experts” explained the engineers had to stay anonymous, because if their identity is known, they would be in front of a judge in no time. 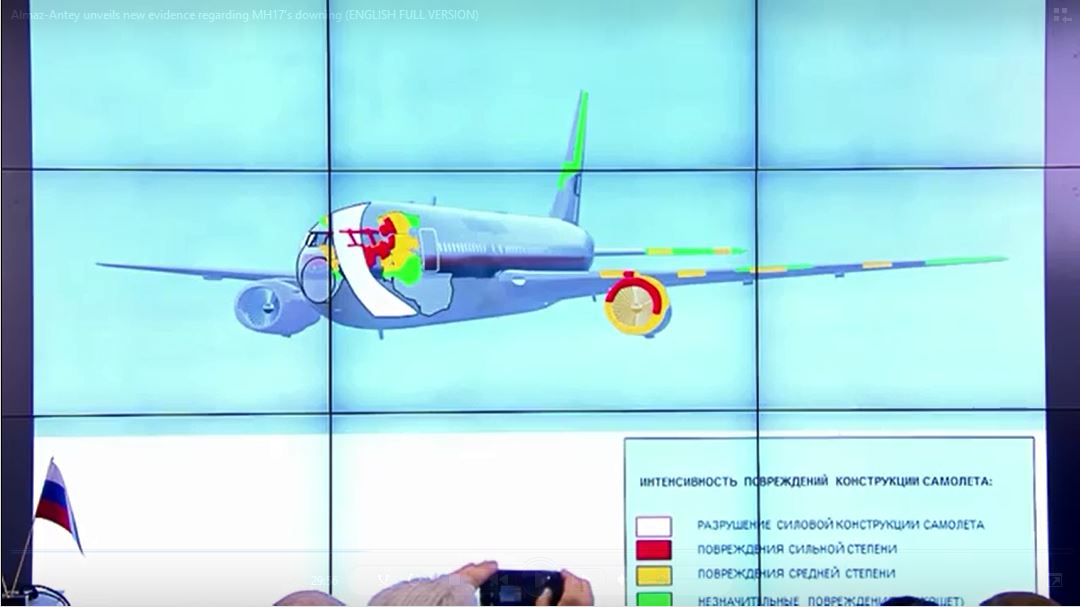 Yesterday it became clear the ‘anonymous engineers’ of the Novaya Gazeta article are almost certainly employees of Almaz-Antey. The sheets and graphics presented by the company were exactly the same as the ‘anonymous engineers’ ones. You can watch the entire press conference here (1Hr31m). Here is a seven minute video that gives a rough idea what was discussed during the press conference.

First thing that caught my attention was the statement of the spokesman:

30m46s “All (missile) elements were moving from the nose to the tail and the majority of the elements was not moving along the skin, but inside the body of the aircraft.” 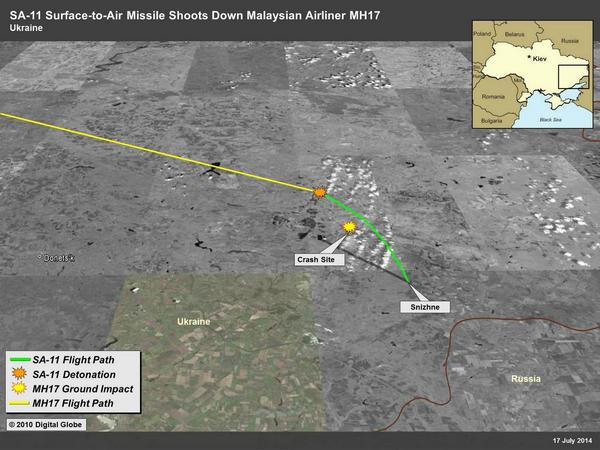 31m17s “For the majority of you this picture is quite well known.”

The spokesman explains this is the picture the United States presented few days after the crash. It shows the flight path of an SA-11 missile system which started in the area of the town Snizhne.

“We analysed this version”. 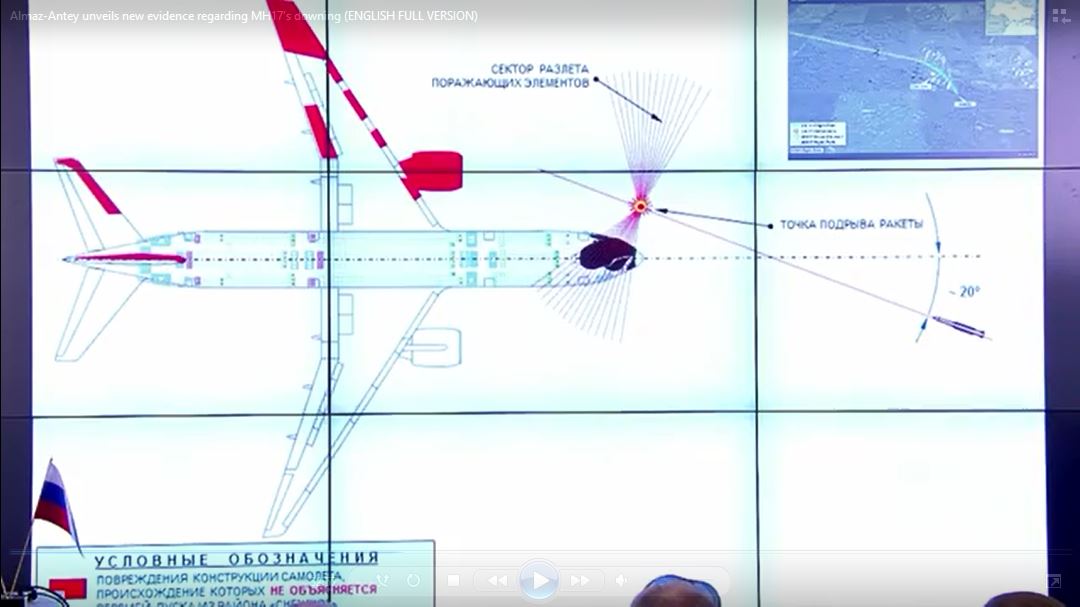 See above. The BLACK spot is the damage as would be expected from a missile coming from direction Snizhne. The real damage to MH17 however is marked RED.

There are a lot of mismatches. 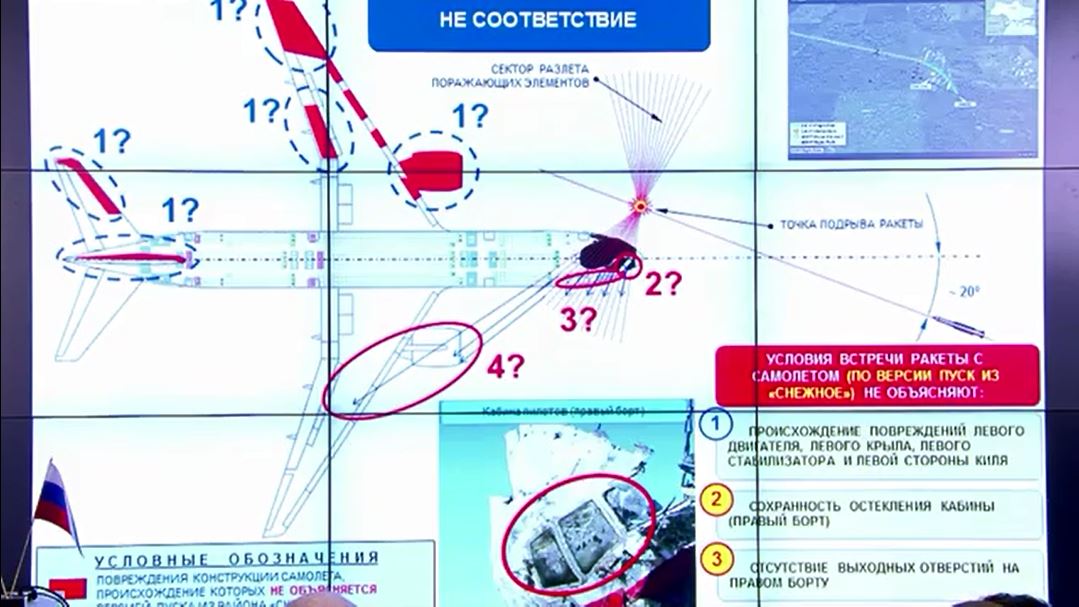 36 Minutes into the conference:

Unless this claim is falsified the United States pointed at the wrong launch location:

John Kerry: “We saw the hit, we saw plane disappear”

“We saw the take-off. We saw the trajectory, we saw the hit. We saw this aeroplane disappear from the radar screens. So there is really no mystery about where it came from and where these weapons have come from.”

It would also mean Bellingcats launch spot never existed and all the video and images of Buk-M1 shown in the 60 minutes documentary are totally irrelevant. 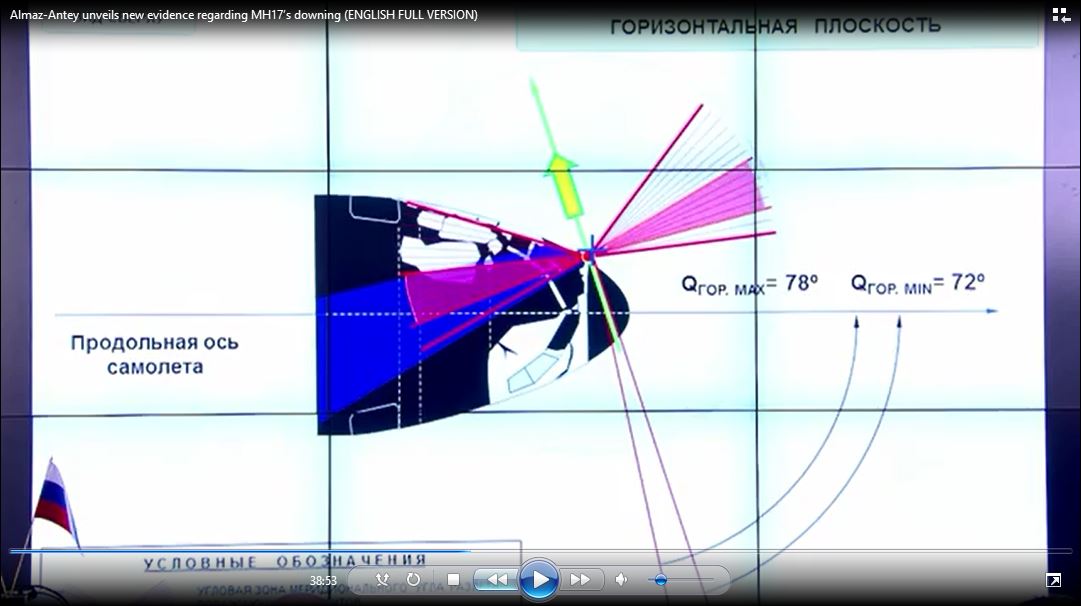 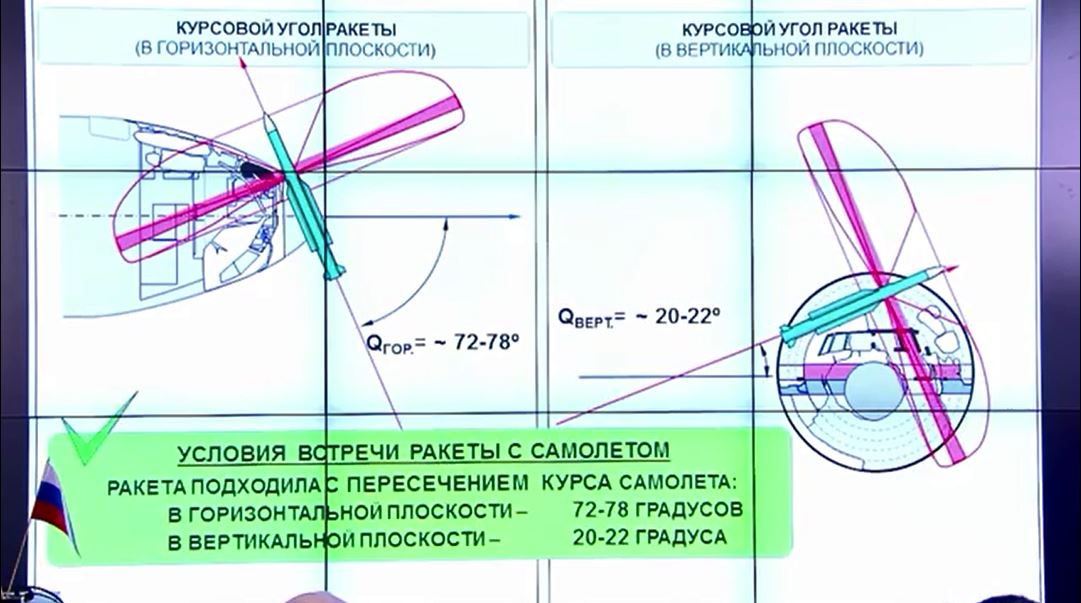 Only with these vectors the damage to the plane can be explained.

With the collected and calculated data it is now possible to establish an area from which the missile was launched. 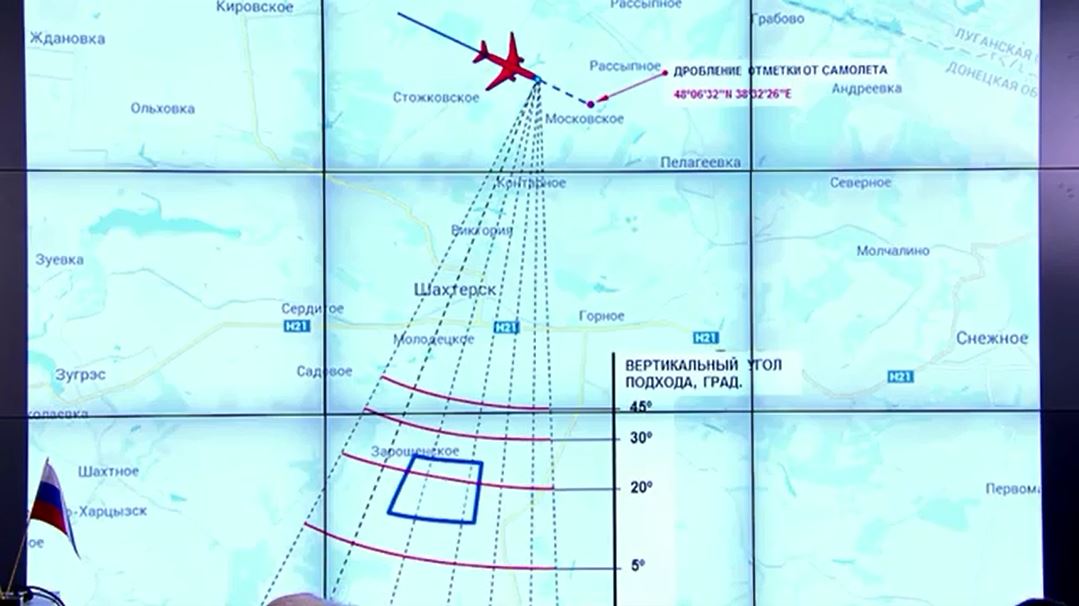 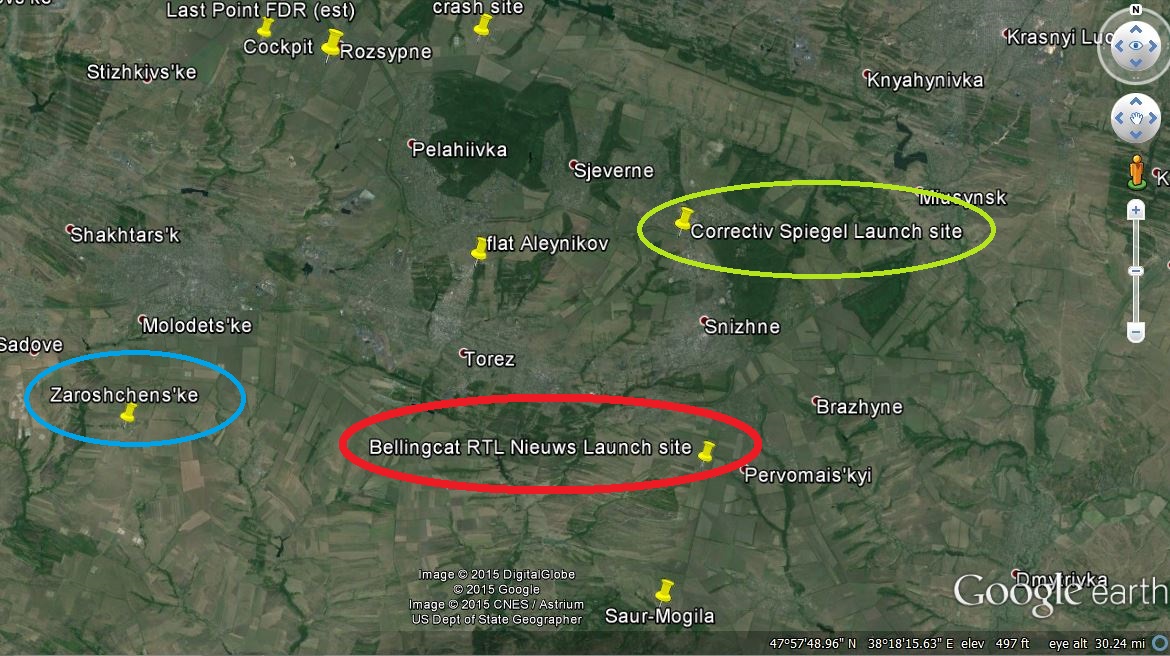 Further statements during the press conference:

During the Russian MoD briefing of July 21st 2014, almost a year ago, general Kartopolov showed satellite photos of Ukrainian Buk-M1 units in exactly the area Zaroshens’kye and he reports Russian radars detected a military jet, most probably a Su-25 in the vicinity of MH17

Coincidence or not, few days before the Almaz-Antey press conference Bellingcat presents the report:

It doesn’t take long to establish the report is of very low quality. On this blog a debunk was posted and a day later Spiegel Magazine reported:
“Bellingcat operates reading tea leaves”

After being blocked by Mr Higgins for a very long time, recently it seems I keep drawing his attention all the time.

Now Almaz-Antey is saying a Buk missile shot down #MH17 we can see how some people were clearly duped https://t.co/8rRVSuwt1i

And let’s face it, seems he has a point here, right? Not quite….

There you have it. The presentation of the ‘anonymous engineers’ a few weeks ago, the Almaz-Antey press conference and on the same day the name of an anonymous key witness in the military jet story is made public. What we have been witnessing is a carefully prepared and coordinated campaign by Russia.

So let’s wrap up the situation change in 24 hours:

– If not countered with strong arguments, John Kerry is paraded as a liar
– NATO’s poster boy Bellingcat is discredited as incompetent
– the Snizhne launch location promoted by RTL Nieuws, Bellingcat and others is off the map. (Same for Spiegel/Correctiv site)
– the 3×2 (?) Buk and the route it followed while fleeing to Russia has been changed into a irrelevant phantom (60 minutes Australia)

Very bad day for the Putin-did-it-crowd. Some straws to hang on to for counter attacks: