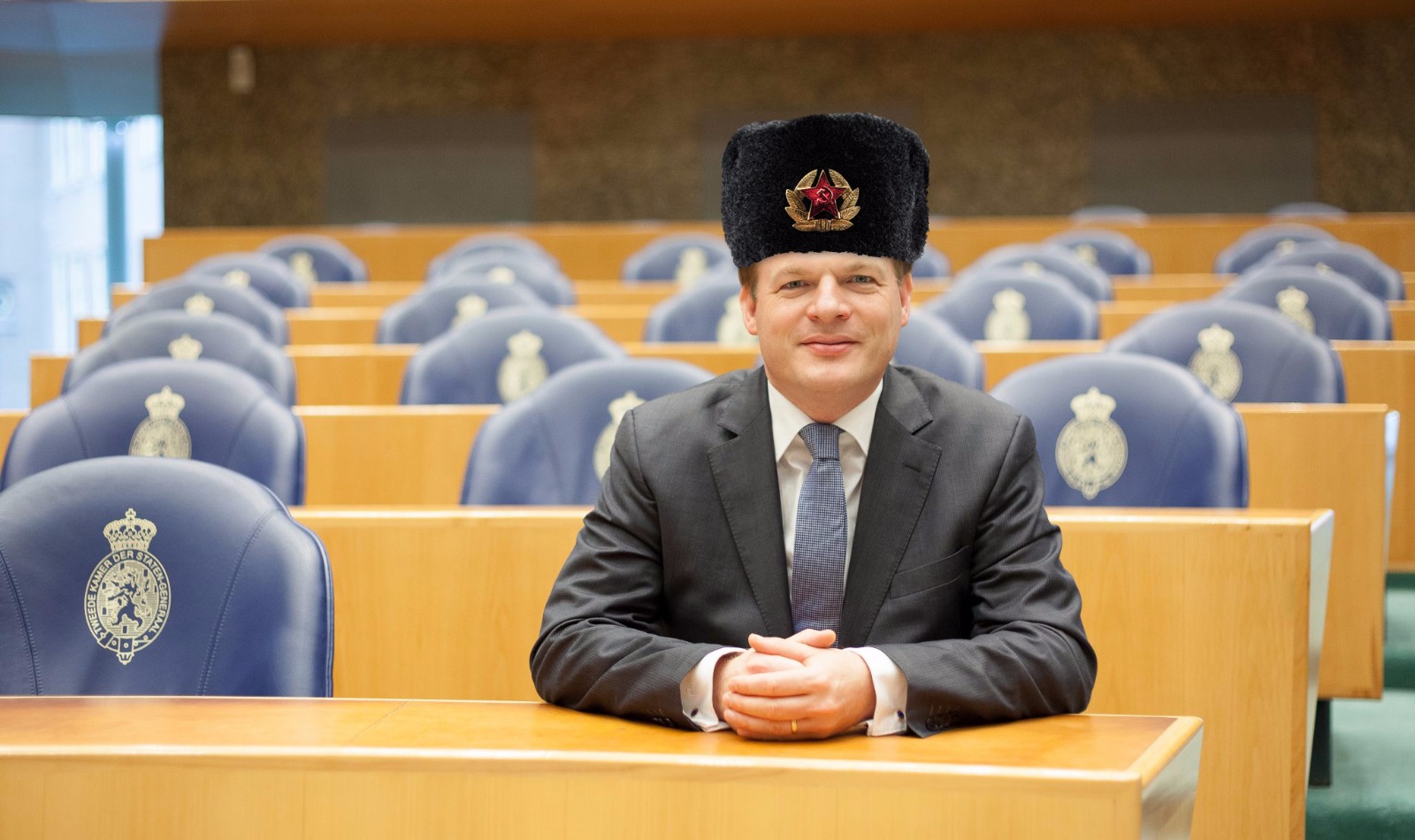 If you live in a Western country your brain has been inundated with claims about attempts by the ‘Putin regime’ in trying to undermine your values, beliefs, media choices and democracy. This article is a modest attempt to examine the other side of the story.

How NATO countries spread fake news against Russia in your name

The Irish Times reported in 2017: The new Dutch government has accused Russia of attempting to influence public opinion in the Netherlands by spreading fake news, and says it plans to open talks with social-media companies about how to counter “clandestine political influence”.

Minister Kasja Ollongren of Home Affairs and Kingdom Relations informed the parliament and MP’s responded with outrage that Russia and other countries are using fake news to try and influence public opinion in the Netherlands. “That fake accounts influence our democracy is life threateningly dangerous”, leader of the Christian Democratic Party Sybrand Buma told Dutch state sponsored channel NOS.

Minister Kasja Ollongren further: “Spreading disinformation is not a new phenomenon but it is easy, anonymous, fast and cheap. And “Russia has attempted to influence people’s ideas about the MH17 disaster” she said, referring to a website which allegedly is full of false information, but had been made to look like an official Dutch operation. Ollongren on request of many journalists to disclose the link to the website refused, “as not help spreading the fake news”. She failed to show even one verifiable example supporting her claim of any clandestine Russian interference in the Dutch debate about the shootdown of Malaysian Boeing MH17 as of today. The Dutch Empress has no clothes.

“The Dutch work for the Americans. They do what we tell them to do. They are not appreciated because of their abilities, but because of the free passage they offer”. And, “Dutch intelligence services AIVD and MIVD are “extremely docile” and seen as “subordinates” of USA’s National Security Agency (NSA).

Any sane person understands that any unverifiable information disseminated by such biased organizations as government intelligence agencies has to be taken with a camel load of salt and have to be rejected at face value alone.

“Social media posts that question the JIT findings (that the plane was shot down from territory controlled by Russian separatists using Russian weapons) are seen as examples of pro-Russian disinformation.”

Applying this definition as disseminators of “pro-Russian disinformation”, Max van der Werff (author of the article you are reading now) is number fourteen on the ‘K-list’ and one of the worst offenders.

The only worse offender with Dutch citizenship is Member of Parliament Pieter Omtzigt. He is listed as number twelve and also listed as pro-Russian disinformation disseminator.

Omtzigt is member of the centre-right CDA party in the ruling coalition in The Hague and actively promotes an EU variant of the Magnitsky Act, “imposing asset freezes and visa bans on Kremlin cronies in response to the UK attack, building on similar moves in Nordic and Baltic states.”

To frame Omtzigt as Useful Idiot for the Kremlin is not only disingenuous, it also clearly shows the Chatham study is fundamentally flawed.

As we learned already the study “considers Social media posts that question the JIT findings that the plane was shot down from territory controlled by Russian separatists using Russian weapons are examples of pro-Russian disinformation”.

Another, and arguably better criterion for an identical study based on the same data sets would be:

The study considers presumption of innocence, until an independent and unbiased court has reached a verdict, a universally accepted standard. Social media posts violating this standard are considered examples of disinformation.

Disemminators of disinformation will thus be identified when claiming, for example:

By attributing a biased definition of what is considered to be a fact, the value judgement based on the studied data about what is ‘disinformation’ and what is ‘counter disinformation’ has nothing to do with the truth, but simply reflects the bias in personal opinions of the researchers.

Regular and social media to the rescue

Where Government sources lack credibility, commercial media are eagerly willing to fill the void. In order to make money, commercial news outlets need to present spectacular findings that attract attention on a regular basis and at the same time avoid violating the percepton of their audiences too much.

Big market for anti-Russian propaganda in the Netherlands

I already wrote about this anti-Russian propaganda piece here and here. Authors of the article claim to have located more than three thousand tweets from the ‘St. Petersburg troll factory’ (IRA – Internet Research Agency) that are directly related to the MH17 aircraft disaster, or the now four-year settlement thereof.

Searching the public database with hashtag MH17 only returns 1,150 results.
Of these 1,150 results, only two (2) are in Dutch language.

The claim that some 3,000 tweets over a period of years about MH17, of which only two in Dutch language, have influenced the Dutch public is absurd. When confronted six months after refusing to retract the article co-author Van der Noordaa admits:

“They do influence MH17, but that is mainly locals. So, Russians”.

Nobody in the Netherlands understood this, which is strong proof the article is misleading to say the least.

Fake news from regular media is amplified and thus much more dangerous than drivel from anonymous Twitter accounts.

A quick Google search shows at least five mainstream media outlets in the Netherlands referred to the article of which one of the authors now claims “They do influence MH17, but that is mainly locals. So, Russians”.

Hart van Nederland
3,000 fake accounts active in the Netherlands. Russia does occasionally try to influence Dutch discussions with fake accounts. De Groene Amsterdammer concludes this after his own research.

Algemeen Dagblad
Russian troll accounts also active in the Netherlands. Russia is trying to influence Dutch discussions on social media with fake accounts. De Groene Amsterdammer concludes this after its own research. According to the weekly this happened among other things during discussions about MH17 and the PVV.

In defense to my claim the database contains only 1,150 tweets with hashtag MH17 and not “more than 3,000” co-author Van der Noordaa replies:

“Search also MH 17 and MH-17, buk, almaz antay and so we used a whole series. Would be perfect if we could get everything out with simple mh17. Sorry Max, keep thinking.”

Authors now claim in total 62 search terms have been used to filter ‘relevant tweets’. Unclear is how the Dutch audience could have been influenced in the MH17 debate by any of these about 2,000 tweets (only traceable with unpublished search terms) in the public database. An important question is how a Dutch audience is targeted beyond the #MH17 hashtag?

De Groene Amsterdammer, even more than six months after publishing the article, still refuses to make the 62 search terms public.
Things just got worse for them.

In an amazing turn of events Head of Site Integrity at Twitter, Yoel Roth admits:

“Attribution is one of the most challenging aspects of research into information operations, and we rely on partnerships with governments, law enforcement, and researchers to inform our efforts here.”

“In this case, we initially misidentified 228 accounts as connected to Russia. As our investigations into their activity continued, we uncovered additional information allowing us to more confidently associate them with Venezuela.”

Twitter databases have been used as basis for thousands of hit pieces against Russia around the world and now it turns out the commercial company cannot even guarantee it correctly identifies the country of origin of a tweet?

Bloomberg realizes how serious this is and retracts an article.

With the following editor’s note:

“The central points of this article, which was originally published Aug. 15, 2018, have been invalidated by revisions that Twitter Inc. subsequently made to a database of more than 3,000 accounts linked to a Russian troll farm called the Internet Research Agency. On Feb. 8, 2019, the social-media company removed 228 accounts from that database after company officials determined they were misidentified as being linked to the IRA. Those 228 accounts were largely responsible for the activity highlighted in this article, according to researchers at Clemson University, whose own compilation of IRA-linked tweets provided some of the data for the article. The revised data do not show that the Russian trolling operation increased its Twitter presence to new heights in July 2017, nor that Russian trolls were focused on popularizing headlines and news stories that originally appeared on the U.S.-based news site, Truthfeed. For transparency’s sake, the text of the original story remains below.”

Bloomberg deserves in this case to be lauded for its honesty.

Information can be used as a weapon, anyone can become a target

Glenn Greenwald five years ago wrote, based on information from the Snowden archive, how western intelligence agencies are attempting to manipulate and control online discourse with extreme tactics of deception and reputation destruction. This includes discourse within the US. Obama repealed legislation that prevented propaganda by the US administration directed at US citizens.

One JTRIG document is titled: “The Art of Deception: Training for Online Covert Operations.”

Some of the tactics described:

Inject all sorts of false material onto the internet in order to destroy the reputation of its targets.

Use social sciences and other techniques to manipulate online discourse and activism to generate outcomes considered desirable.

“false flag operations” (posting material to the internet and falsely attributing it to someone else), fake victim blog posts (pretending to be a victim of the individual whose reputation they want to destroy), and posting “negative information” on various forums.

These tactics can be applied to people who have never been charged with, let alone convicted of, any crimes and have their reputation destroyed.

I suggest for your own good to study the entire article instead of watching ‘Mueller Probe episode 682’ on CNN.

The size of US and UK media alone, as well as controlled government backed influenced operations aimed at the misperception of threats by Russia and other foreign countries totally dwarfs that of any by Russia and makes a mockery of the so called IRA influence operations.
In whose interest is this Russian scare tactic by politicians and journalists in the west? What benefit is there apart from Russophobe journalists being paid by word count to produce sensationalist articles using manufacted disinformation about Russia for western audiences when it has little or no impact on Russia?

In particular, politicians must be seen to be doing something. The creation of a foreign bogeyman is a well practiced tactic by politicians that amplifies nationalism in order for politicians to seem relevant, distract from real domestic concerns, and maintain power.

The scale and nature of attempts to counter imaginary and manufactured threats of Russian disinformation is destroying the integrity of our own media and is therefore counterproductive and similar operations in the near past have shown they ultimately can lead to an all out shooting war with countless innocent victims as collateral damage.