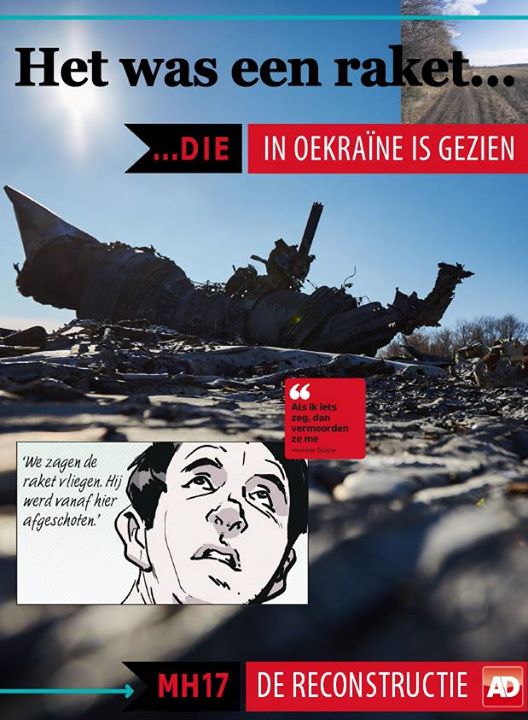 A preliminary assessment of Correctiv’s, Der Spiegel’s and Algemeen Dagblad’s article on the BUK system that downed MH17

(Correct!v’s report can be found, translated in different languages, on their website:

These are testing times for any investigator of the downing of MH17; diversions, traps and misinformation abound. Under these circumstances it is justified to ask whether the report of Correct!v is helpful or adds to the confusion.

MH17 was shot down over Eastern Ukraine during the final days of NATO’s military exercise BREEZE 2014. One of the objects of the drills were the “monitoring of commercial traffic”, and it has never been made clear whether this included commercial air traffic. Even so, it seems to be incredible that this mighty NATO fleet would not have commercial aeroplanes on its radar surveillance too – but no word about it from NATO, not even about AWACS that always accompany larger military drills.

On the other hand, the Ukrainian president Poroshenko communicated on 12 December 2014 that satellite-data which showed the launch of a missile was in his possession, but he did not reveal where these images originated – just his intention to publish them in the first half of 2015.

Earlier, in August 2014, US Secretary of State John Kerry had this to say: “We saw the take-off. We saw the trajectory, we saw the hit. We saw this aeroplane disappear from the radar screens. So there is really no mystery about where it came from and where these weapons have come from.”

Politicians lie most of the time and Kerry/Poroshenko cannot be regarded as exceptions to this rule, but still, it would be incredible if the US did not have any further information or satellite-data. We can only assume there are political reasons to hold these satellite images back.

One of the parties accused of involvement in the downing of MH17 is Russia, but the Russian military handed over their satellite images at an early stage. If these images were fake, we expected the US to trash them immediately with more trustworthy images. This did not happen. If a BUK M1 was used for the downing of MH17 and no authoritative military source can be found to reveal the launch site, we’re on our own, and anybody’s guess is just that: a guess.

Correct!v places all bets on Russian specialists on furlough from the regular Russian army. They transported a BUK installation all the way from Kursk to the outskirts of a small village in Eastern Ukraine named Sniznje, where they launched a missile. Think it over: specialists! Correct!v takes on members of the regular Russian army, calls this particular BUK task force “specialists” and all what these specialists are able to deliver is a blunder of immense proportions mainly, according to Correct!v, because the BUK system does not have a well-designed recognition system. Well, this point is debatable; if it was a modernized Russian BUK system, coming all the way from Kursk, the necessary recognition abilities were certainly on board. But the accusation is there and one wonders whether there are political considerations as well, hidden behind these accusations. Saying it out loud or not, Correct!v throws the moral culpability of Russia straight into the public arena. Does Correct!v offer any substance, any proof, to bolster their speculation about Russian specialists? In my judgement Correct!v offers only meagre circumstantial evidence from anonymous witnesses.

According to Correct!v, the launch site is about 12km from the site of the crash. This launch site is next to a railway track, about 200-500 meters from a suburb of Sniznje – not the most obvious place specialists on a (secret?) mission would choose for the launching area of their BUK.

There must be living more than a thousand inhabitants in that particular area, so, plenty of opportunity to find witnesses. However, nobody is eager to talk, fearing for their lives when they do so – which is a bit strange, to say the least. A few witnesses, however, did talk anonymously:

– first witness: heard a loud bang after which a neighbour rang her up, saying that an aeroplane had been shot down. Apparently she did not go outside directly after the loud bang, but after the phone call. She saw the smoke.

– the second witness mentions a “schum”, Russian for a loud noise. “It looked like somebody was firing something.”

– a third mentions grass and some railroad ties on fire, suggesting a launch? Who knows. When did he see this fire? After the presumed BUK installation was removed?

– a fourth witness refers to a friend who had seen the BUK installation a few days earlier (no picture taken apparently), and he himself is the only definite witness of (what looks like) a missile on its way to MH17 and exploding.

Most of the witnesses adopt a sort of hearsay argumentation. They, except one, did not see the launch with their own eyes. The last witness and his friend had seen a large military installation, assumed to be a BUK launching pad, and a flying object in the direction of MH17, with a loud, hissing noise.

Fair enough, it’s good to remind ourselves that this newly proposed launch site is one among many sites that have been proposed in the past months. It will probably not be the last one either. We will see what’s coming our way in the coming weeks when more people will weigh the evidence.